How PACEGUARD® Came To Be:

The philosopher Plato said “Necessity…the mother of invention” and that is exactly how PaceGuardwas created out of necessity.

In 2002, a little girl named Zoie Spinnler, whose name means life, had a pacemakers implanted on her third birthday. Who knew two years later her mom, Sharon Spinnler and neighbor Frank Armstrong would begin the development of PaceGuard which would forever change every “pacer’s” daily life for the better.

In the spring of 2004, Zoie decided she wanted to play softball. Her doctors wanted her to wear some type of protective gear but didn’t know of a specific product. They suggested a baseball catcher’s vest. After her first game and questions f 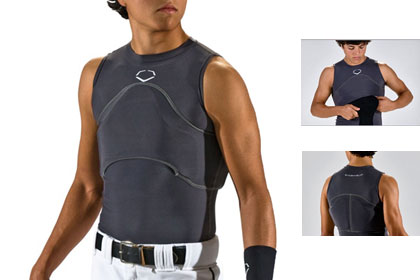 rom both teammates and parents about what was under her uniform, she wanted to quit. Not only was it cumbersome, she was very self-conscious and embarrassed.Sharon went to Frank to ask for his help. With his 15 years of experience as a Certified Athletic Trainer and his engineering background from the New Jersey Institute of Technology, he was able to create a customized protective guard for Zoie’s pacemaker site that was discreet and effective.

After several years of research, development and perfecting the design, PaceGuard was born…and ready to be “in the game!”PaceGuard is a product that was truly developed not only for the heart… but from the heart.

PaceGuard is the ideal solution for pacemaker recipients to use while engaging in daily activities and sports. In addition, Physicians now have a specific product to recommend to their patients.PaceGuard is the premier protective gear for pacemakers. Learn more at http://www.paceguard.com. “Play for Life”